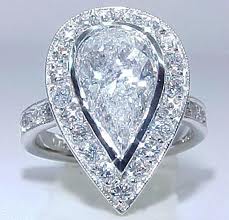 I would never wear that

There is a rule that most people are aware of which states, an engagement ring is supposed to be of equal value to 3 months’ salary. Why? Where did this rule come from? I know that it has been around forever, but I want to know who made it up and why. Since I’m pretty sure that I’m not going to receive those answers, I’ll just share exactly why I think that it is one of the dumbest rules that ever did exist.

First things first. I’m not into big clusterfucks of diamonds, and would never wear them on my fingers or anywhere else for that matter. I would like to think men save all of this money so that they can buy some huge showpiece because that’s what women like. No. Not I. Come to me on bended knee with a small boulder in a ring box and your question will not be answered with a yes. I will promptly drag you back to the jeweler where we would trade that mess in for something much smaller and more practical. I’ll say yes as we deposit all of that extra money back into your account. 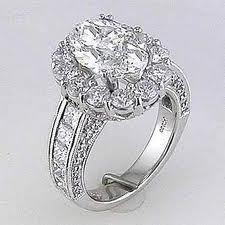 I’m going to out on a limb here and say that if I agree to marry someone, I love him with all of my heart. I’m also going to take the risk of assuming that, since he’s asking me to be his wife, he loves me just as much. Something about this 3 months’ salary rule screams “You’re saving the money to buy a big ring. The bigger the ring, the more you love her. Duh!” No. I know that I’m going to fall in love with a smart man. A smart man who will know that I’d be much happier if that 3 months’ salary was spent on our reception and honeymoon. In the grand scheme of things, the ring doesn’t mean a thing. (excuse me while i jig to that horrible Kim Z song in my head. It is kind of catchy) The love and the marriage mean everything, and the wedding bands are the symbols of that love. Not the engagement ring.

I don't need all of this mess to symbolize love.

One last point of irritation and I’m done. Man dates woman. Man falls in love with woman. Man decides he wants to marry woman. Man begins the task of saving 3 months salary so that he can properly proposed to woman. Man has bills to pay. It takes man forever to save the proper amount for ring. Many finally proposes with “acceptable ring’. Couple starts marriage counseling, during which woman can’t wear ring or show it off to people. Isn’t that one of the selling point of spending so much money on the ring? This point may only make sense to me because I know that my engagement will be traditional. And that is all that matters.

So future husband, to you I say keep your 3 months’ salary. I’m fine with a nice dainty engagement ring and a wedding band to compliment.